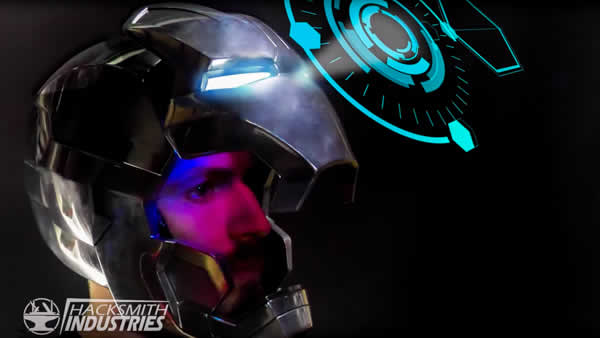 We recently stumbled upon an interesting video on YouTube uploaded by a Canadian techie known as the Hacksmith where the team managed to incorporate a heads-up display (HUD) and night vision into a ready-made Iron Man helmet. With the screening of the Avengers: Endgame still in its first week at the cinemas, this topic and video couldn’t have come at a better time.

The Hacksmith team are well-known for their Make It Real series of videos, where they take fictional ideas from movies, comics and video games, usually the weapons and gears featured in such media, and make real working prototypes of these items. These interesting videos are produced as a way to engage and inspire young minds into the beauty of science, technology and engineering.

James Hobson takes the lead and as revealed in one of the videos, he left his engineering career to work on his passion of building these prototypes instead, and apparently, this has been the more rewarding path of the two.

“While I’m a long-shot from being a real Tony Stark (I’m not a billionaire-inventor-playboy-philanthropist…just yet), I do love building gadgets and I really do plan on making some form of an exoskeleton suit… someday.”

In past videos, we have seen what James Hobson is capable of. He has built Thor’s mighty hammer the Mjolnir, its replacement the Stormbreaker, Captain America’s shield, and a host of other prototypes that go way beyond surface-level replicas.

In souping up the Iron Man helmet with a HUD and night vision, the Hacksmith has brought a commercially-available Iron Man helmet closer to its fictional reality (and I just formed an oxymoron!).

The project kicks off with first acquiring one of the few metal Iron Man helmets available – a Mk 42 to be precise. These helmets are equipped with servo motors to allow the frontal faceplate to open and close just as how Tony Stark built them, and on this feature alone, the realistic helmets are already cool enough and well worth their asking price.

In the video below, we watch how the Hacksmith team incorporate a HUD (meant for glasses) into the helmet. According to James, these HUDs are pretty affordable and can be purchased off Amazon for a couple of hundred bucks. A makeshift helmet was first used to get the dimensions right. 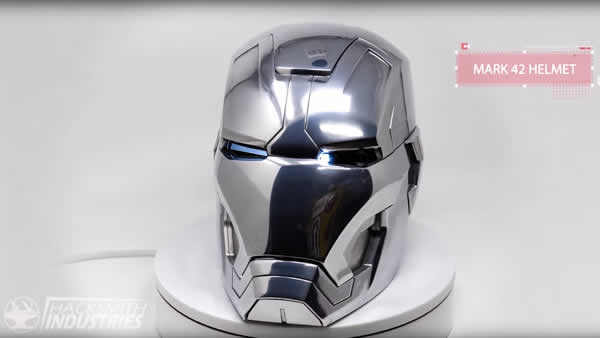 “This would be great on the motorcycle. Riding at night, no worries about deer popping out…”

Due to space constraints within the helmet interior, the HUD had to be disassembled from its original plastic casing before it could be mounted inside the helmet. The long-term goal eventually is to incorporate virtual reality (VR) into this helmet by making use of multiple cameras and existing augmented reality technologies. An infrared (IR) camera are also added onto the helmet to give it night vision capabilities. Everything is then made operationally possible by a Raspberry Pi Zero computer.

Let’s watch and see how James Hobson and Team Hacksmith did it in their 26-minute video:

“This is my best work yet. A real life Iron Man helmet. What should we add next? It currently has a HUD, and nightvision!” 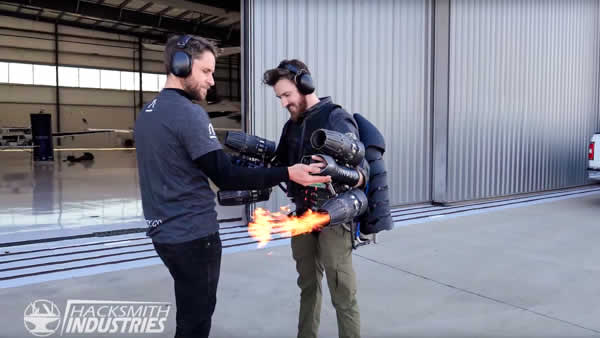 Specifications and Building Your Own

For the techies who wish to undertake building the features into an Iron Man helmet on their own, the Hacksmith provides the information on his channel. The specifications for most of the components as given in his video are:

The HUD and night vision capabilities in the Iron Man helmet turned out to be a success and with the amount of work and tech they have put in, we are quite sure the Hacksmith can bring this helmet to the next level in a future iteration. The Hacksmith has come up with a list of planned upgrades to be implemented in the next version:

We couldn’t help but add some other suggestions to the list above. Here are some inputs from us here at Modest Pie:

We do not know when the Hacksmith will be ready with the Version 2.0 of this Iron Man helmet, but if you have some fantastic ideas that could be incorporated into the next version of this helmet, do let us know in the comment section at the bottom of this page.


Published in Entertainment and Technology