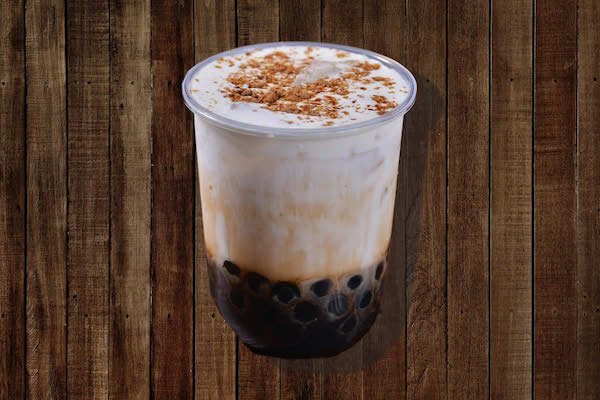 Bubble Tea and the Health Concerns You Should Be Aware Of

Almost everyone in South East Asia and the neighbouring region is crazy about bubble tea (aka pearl milk tea or 珍珠奶茶 in Chinese).

The tea shops are mushrooming in numbers. For example, in a square of eight blocks of shops, at least a quarter of them sell bubble tea. Even cafes are jumping on the bandwagon. Our local Starbucks chain offers some sort of bubble tea variety.

But why the demand?

What Is Bubble Tea?

The original bubble tea comprises of black tea with milk and sugar. Black “pearls” or “boba” are added into the milk tea.

These pearls are generally made of tapioca with brown sugar. The beverage originated from Taiwan but there doesn’t appear to have any credible records of the creator.

Since its debut in the 1980s, hundreds, if not thousands, of varieties have been concocted. Some of the more popular variants are coffee, green tea, sweet and sour plum, and fruit flavours.

The pearls can be substituted with coffee jellies, chia seeds, avocados, you name it. Some borders on the ridiculous such as marshmallows and yet there is a huge following.

No matter what, everyone is spoiled for choice. Every shop can be unique but eventually, it will all come down to survival of the ‘fittest’ when the fad simmers down and demand stabilises.

The biggest concern in bubble tea is sugar content. Typical shop owners will not skimp on sugar because it keeps you coming back.

Combined with the sugar-laden pearls, one serving of bubble can set you back a major portion of the daily recommended calorie intake. This will worry people on a diet but in a more crucial note, high levels of sugar increase health risks such as diabetes and cancer.

Sugar is the culprit that makes bubble tea so addictive. It stokes the brain in the same way delicious food, drugs, and sex do.

Every drink will leave the brain craving for more. The senses get dull after a while so the brain needs a higher dosage to be satisfied.

Excessive sugar and the higher-than-normal calory intake would lead to obesity and all related illnesses surrounding weight gain. It is a slow killer.

Besides that, the pearls are a digestion nightmare as they may cause constipation, bloating, etc. especially in young children and elderlies.

If you must have a dose of bubble tea, at least have it in the earlier part of the day where the stomach acid is better regulated.

All that being said, bubble tea is not labelled as a poison by any health authorities so it’s not necessary to avoid it like it’s some toxic brew. Sometimes (barring any prevailing medical conditions), like any soft drinks, it’s fine to indulge in life’s pleasures – just don’t overdo it.

Moderation is key – too much of anything is usually bad for anyone.

Published in Health and Lifestyle