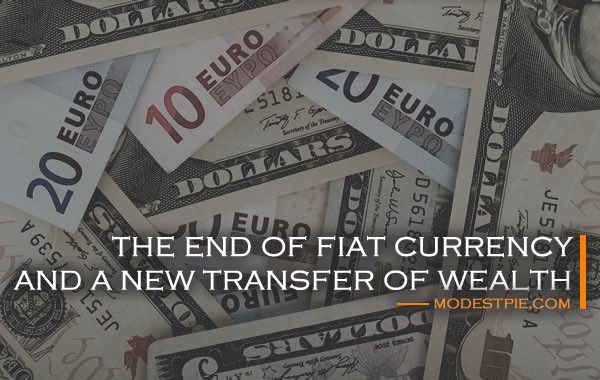 The End of Fiat Currency and a New Transfer of Wealth

Fiat currencies have been steadily losing their value over the last century as we now approach an all-time low due to expansionary monetary policies through lowering of interest rates and overprinting of the money supply. Is the end of fiat currency looming?

DISCLAIMER: The author is in no way a financial consultant or qualified in any manner to offer financial advice. The following is only an opinion which offers the reader something interesting to ponder about in these trying times.

I subscribe to the notion that a global financial crisis is imminent, and it is closer than we think. It’s probably going to be of a magnitude nothing we have seen before. When that happens, it could spell the end of fiat currencyGovernment-issued currency that is not backed by a physical commodity, such as gold or silver, but rather by the government that issued it. It is a currency without intrinsic value that has been established as money, often by government regulation. Fiat money does not have use value, and has value only because a government maintains its value, or because parties engaging in exchange agree on its value. Most modern paper currencies are fiat currencies, including the U.S. dollar, the euro and other major global currencies. in its current form as we know it.

The dwindling soundness of fiat currencies popped on my radar about a decade ago. The last financial crisis of 2007-2008 due to the depreciation of the U.S. subprime mortgage market probably triggered an awareness.

From then on, it became clear that a solid financial education and an understanding of the way the global financial system works are the most important things anyone could learn in order to survive an impending financial catastrophe. 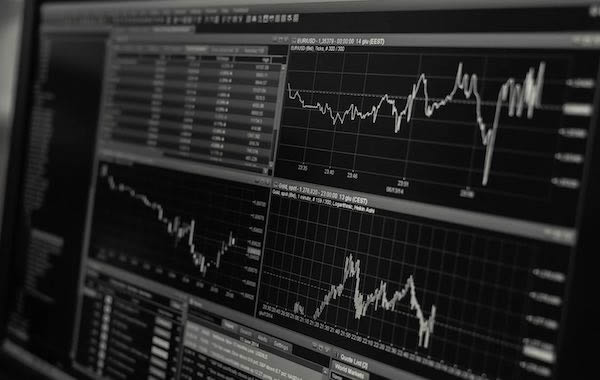 The manipulation of the fiat currency system is also one of the main reasons I don’t invest in anything that depends or revolves around fiat currencies since 2012. This includes stocks, mutual funds, insurance-based investments and similar financial instruments.

“Something which has been beaten repeatedly over time is bound to break and give way. And it is always better to be prepared for the worst that is yet to come…”

I have a few active accounts from prior to 2012 that are still ongoing, but nothing new since then. Although the gains could be reasonably worthwhile in the short term, and yes you can use your dividends to pay for goods and services along the way, I am more concerned about the fruits that these instruments will bear over the long term.

If the end result is just more fiat currency that has continually depreciated in value caused by ongoing monetary policies, then it has little appeal to me. That’s also partly because I have near-zero debt and I am more concerned with preserving a portion of my current wealth (however little that may be) against inflation. Understandably, not everyone is in a similar situation or is similarly risk-averse, so this may not apply to everyone.

We can all agree that it takes money to make the world go round, but the real question is whether fiat currencies will be around long enough in our lifetime to be that money, or will it be another form of money. I admit it is a dismal view of life, but if my understanding and what I have seen is anything close to reality, it is a foreboding sense not to be taken for granted.

In a study of 775 fiat currencies around the world, it was discovered that there is no record of any single fiat currency which had held its value over the long term, typically taken to be a century or more.

The study found that more than three-quarters of fiat currencies failed through a myriad of reasons, namely hyperinflation, monetary reforms, acts of independence, and as a result of destruction due to war. The percentages of these reasons are described in the following pie chart.

The study also found the average life expectancy for a fiat currency to be around 27 years. With 23% of fiat currencies which remain in circulation undergoing abuses of ongoing monetary policies, will we see this figure fall even further over time?

When that time comes, will it continue to glide down a slippery slope to its eventual demise, or worse, fall off a cliff to its sudden death?

As has been historically shown, all fiat currencies ultimately end in worthlessness.

Hidden Secrets of Money: The Series

It is at this point that I lead you to Mike Maloney and his Hidden Secrets of Money series of documentary videos from 2013. Mike Maloney is widely recognised as a leading expert on monetary history, economics, investing, and precious metals.

I have listed all the episodes of the Hidden Secrets of Money docuseries below so that it is easy for readers to follow them in order.

The Biggest Scam In The History Of Mankind

Where Does Money Come From?

From Bitcoin To Hedera Hashgraph

Fall Of Empires: Rome vs USA

As you may have seen in Episode 4: The Biggest Scam in the History of Mankind above, currencies are being created out of thin air through bonds, fractional-reserve lendingFractional-reserve lending is the most common form of banking practised by commercial banks worldwide. It involves banks accepting deposits from customers and making loans to borrowers, while holding in reserve an amount equal to only a fraction of the bank’s deposit liabilities. Bank reserves are held as cash in the bank or as balances in the bank’s account at the central bank. The minimum amount that banks are required to hold in liquid assets is determined by the country’s central bank, and can vary between 3% and 10%. and taxes, raising the debt ceiling that would eventually collapse under its own weight.

It’s a precarious situation that most people aren’t aware of as value from currencies is being stolen silently over time, leading to inevitable inflationInflation is a sustained increase in the general price level of goods and services in an economy over a period of time. When the general price level rises, each unit of currency buys fewer goods and services. Inflation reflects a reduction in the purchasing power per unit of money – a loss of real value in the medium of exchange and unit of account within the economy. and hyperinflation.

Get It On eBAY 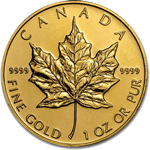 The end of fiat currency in its existing form could very well be in the offing. If this is not due to the abuse of monetary policies by governments, then it may be a natural evolution of human behaviour caused by technological advances in the fields of artificial intelligence (AI) or simply just being in this digital age of the internet. The existing currency system is archaic and prone to counterfeiting and fraud.

Elon Musk spoke about the idea of a Universal Basic income when the need for mass human physical workforce will no longer be required with most jobs being accomplished by artificial intelligence.

Jobs made redundant by automation is going to be a reality in the foreseeable future but that will be another story for another day. The point is, it is hard to imagine fiat currencies still being used in this ecosystem. 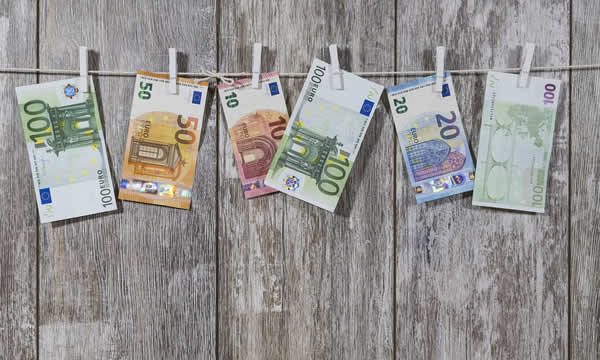 “Maybe it’s because of governments and the banking cartels, or maybe it’s something less sinister, like the natural order of human evolution and the way we do things that necessitate change in the financial systems of the world…”

My way of investment in the last few years has been basically to reduce the reliance on fiat currencies and to take funds out of the banking system. This includes precious metals and a little into cryptocurrencies as stores of wealth.

Through reading, studying financial policies, and observing the changes in the actions taken by governments around the world, one begins to get an idea of the massive scam that has been ongoing in the financial system. And no, scam is not too heavy a word in this context.

This subject matter should be taken with more than just a pinch of salt. Take a look at what is going on around the world, understand the changes that are taking place, and get a sense of what it takes to survive in an impending crisis.

It seems we have reached a point where the disparity between the rich and the working class is unhealthily wide, and this has been going on for a while now. If this balance were to crumble, we could witness a new transfer of wealth across humanity.

To a certain extent, it is an opportunity to reset the distribution of wealth globally, and the right decisions made before this happens could put one at an advantageous position. On the contrary, those who are ill-prepared may fall back into their same position, or worse. It’s fair game and up for grabs.

“…when gold and silver prices rise like they currently are, it means that capitalism is stumbling. And when capitalism stumbles, everyday, hardworking people lose. They lose their life savings. Their house is foreclosed on. They watch their 401(k) loaded with stocks and mutual funds wither away to nothing. Meanwhile, the government bails out big corporations.”

– Robert Kiyosaki, foreword in Guide to Investing in Gold and Silver by Michael Maloney

Will we see the end of fiat currency? Maybe not just yet. Nevertheless, its purchasing power continually diminishes as the prices of goods go up. Until the day we see governments removing currencies from life support and serve the people instead of the bankers, we may need to consider alternative safe-haven assets like gold and silver to protect our wealth.

Something which has been beaten repeatedly over time is bound to break and give way. And it is always better to be prepared for the worst that is yet to come.

GOLD AND SILVER BULLION on eBAY

Published in Knowledge and Money

A writer of topics ranging from finance, investments, cryptocurrencies to general topics drawing from an experience of over 30 years dealing in worldly matters.

This website uses cookies to improve your experience while you navigate through the website. Out of these cookies, the cookies that are categorized as necessary are stored on your browser as they are essential for the working of basic functionalities of the website. We also use third-party cookies that help us analyze and understand how you use this website. These cookies will be stored in your browser only with your consent. You also have the option to opt-out of these cookies. But opting out of some of these cookies may have an effect on your browsing experience.
Necessary Always Enabled
Necessary cookies are absolutely essential for the website to function properly. This category only includes cookies that ensures basic functionalities and security features of the website. These cookies do not store any personal information.
Non-necessary
Any cookies that may not be particularly necessary for the website to function and is used specifically to collect user personal data via analytics, ads, other embedded contents are termed as non-necessary cookies. It is mandatory to procure user consent prior to running these cookies on your website.
SAVE & ACCEPT
wpDiscuz