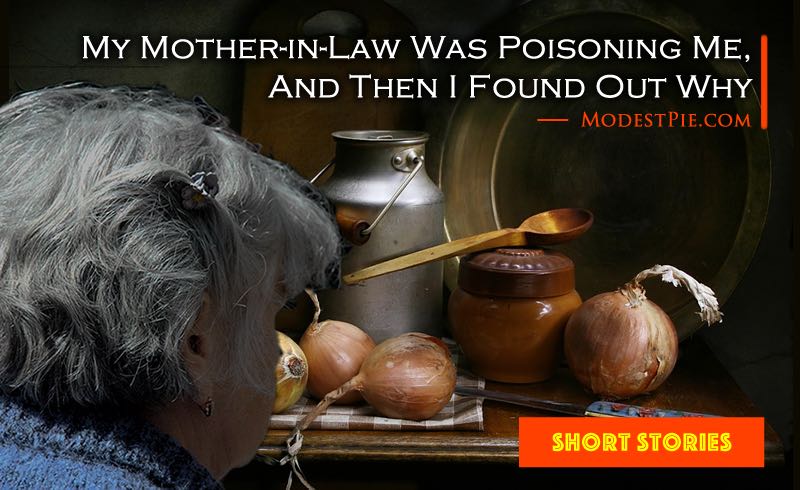 My Mother-in-Law Was Poisoning Me, And Then I Found Out Why

I met Craig on one of my rare vacations and we had sort of a whirlwind relationship. We fell hard for each other and were married in a courthouse wedding within two months without ever meeting each other’s families. Mine visited a few weeks later and after their initial shock really liked Craig.

While we got moved in together and figured out married life I got to hear more about his parents who lived near the rest of his extended family a few hours away, though we never saw them. My work schedule is rough. I work six to seven days a week and my off days are a blur of appointments and errands, I think in the two years before I met Craig I only left the city once!

I finally got a few days off so we could head to visit his family about six months later. His whole family came over and everyone seemed thrilled to meet me, except for his mom, Betsy. She was cold and distant, and could sit there without saying a single word to me. It was creepy, but I kept trying to spark up a conversation.

On our last day he announced that we should take an afternoon hike up into the national park their house sat on the edge of. Betsy made lunch and I was changing to go out when it hit me, just waves of nausea. I wound up in the bathroom for hours that afternoon.

“His whole family came over and everyone seemed thrilled to meet me, except for his mom…”

I figure it was just a touch of something and thought nothing of it. We went back a few months months later and again had a great time except for Betsy. She wouldn’t talk to me, though Craig brushed it off and said she was just getting to know me. He finally said we could rent jet-skis the next day and explore a lake in the next town as a way to get out of the house and unwind, which made me feel better. I was so excited to tell everyone where we were going, but it wasn’t to be. After eating I got so sick I could barely walk for the next two days. 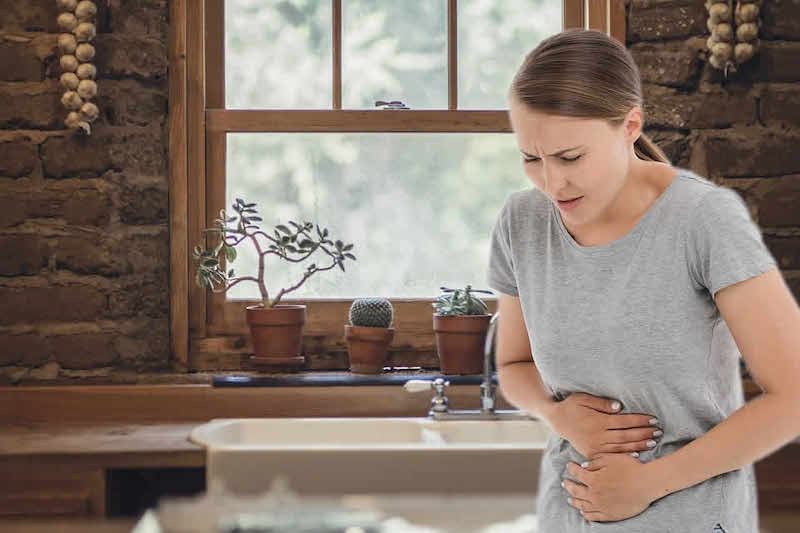 At this point I started to get suspicious. No one else was sick, and we all ate the same food. It seemed like Betsy must have been up to something, but it wasn’t until our next visit when a night in a romantic cottage another hour up the road was cancelled due to me getting sick that I was sure: Betsy was poisoning me.

Craig said I was insane. He said it must be an allergy to something his mom used in her cooking, which actually made sense, though I never had time for an appointment to get it checked out. Still, I decided on the next trip that I’d make a big casserole and bring it with us. If I cooked the food and served it, nothing could be added.

“Betsy was poisoning me…”

Well, I hadn’t had two bites before I realised I had left the wine I was drinking unattended while I was heating up the casserole, and my stomach was already doing flips. You know what happened next, and it was not pretty. 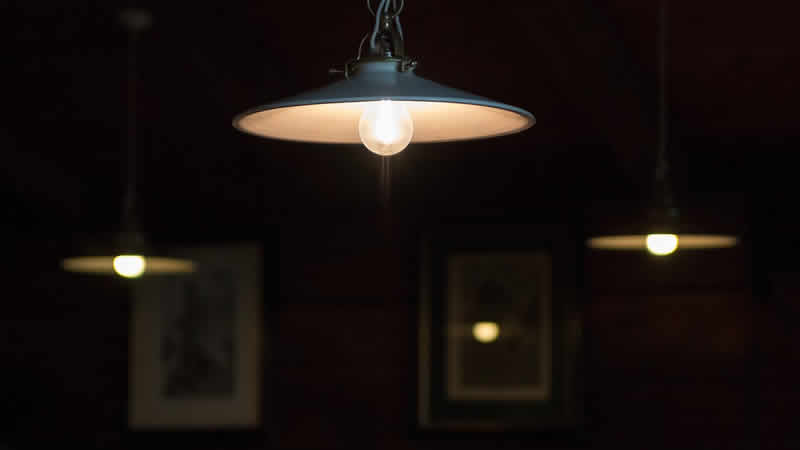 I was so sure his mom was poisoning me, and I confronted Craig about it. I told him I wouldn’t visit his family again if she was there. It was our first big fight, but he finally said he wouldn’t force me to visit, and we could figure out how best to deal with the situation. She had never been nice to me, so it wasn’t a loss.

The next time I got time off we decided we’d head to that little cottage we had rented before and not been able to use. We were driving right past his family’s place, and it seemed rude not to stop, so we compromised and bought some pizzas. I even decided just not to drink anything unless it was water from the tap.

We got in and threw pizza on our plates when one of his cousins arrived and everyone briefly left the food unattended. I realized my mistake almost immediately, and decided to try an experiment. Craig and I both had two slices, so I just switched our plates while everyone was in the next room. 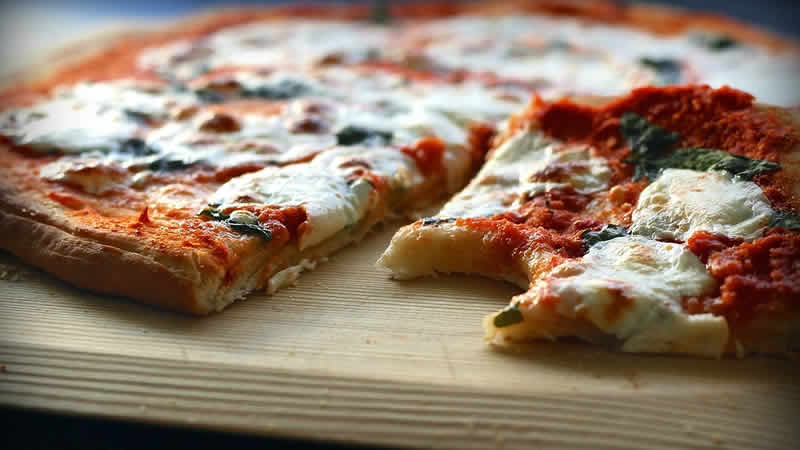 Craig was so sick I was really worried about him. The drive back to the city was awful, we had to pull off a lot, and he was a mess. We had been back home for three days before I broke down and told him I had switched the plates.

I’ve never seen such anger before, the rage in his eyes is something I’ll remember for the rest of my life. He shoved me into a wall and then came flying at me. He threw me over the couch, but I somehow managed to grab my keys and phone and ran out the door not even wearing shoes.

“I’ve never seen such anger before, the rage in his eyes is something I’ll remember for the rest of my life…”

I got lucky with the elevator and made it to a friend’s place safely, finally turning off my phone after I missed his 47th call. I had no idea what to do or when it would be safe to go home, it was the scariest time of my life.

It was two days before I turned my phone back on, and when I heard the message from the police I drove upstate immediately.

Craig was dead, Betsy had shot him after he broke into her house and charged at her with a knife.

I learned that Craig had been married once before, and his wife had died on a tragic hiking accident. Craig made a lot of money in the life insurance payout and Betsy always suspected Craig had killed her, and was nervous about letting him be alone with me, especially out in the remote area he was so familiar with from his childhood. 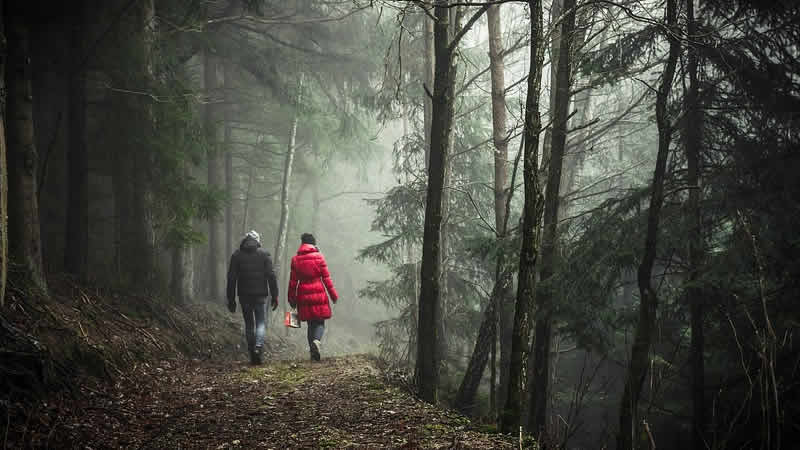 So she ensured that every time he planned an outing that I would be sick. It wasn’t easy, but she didn’t think I would believe her, as no one else had ever shared her suspicions about Craig.

I found the life insurance policies he took out on me without my knowledge afterward, and refused to press charges against Betsy, she was only trying to protect me. I still visit her from time to time when I need to get out of the city. I love her cooking…

This short story was originally posted here in Reddit. Kudos to the author for a wonderful story with a great twist in the plot.

This website uses cookies to improve your experience while you navigate through the website. Out of these cookies, the cookies that are categorized as necessary are stored on your browser as they are essential for the working of basic functionalities of the website. We also use third-party cookies that help us analyze and understand how you use this website. These cookies will be stored in your browser only with your consent. You also have the option to opt-out of these cookies. But opting out of some of these cookies may have an effect on your browsing experience.
Necessary Always Enabled
Necessary cookies are absolutely essential for the website to function properly. This category only includes cookies that ensures basic functionalities and security features of the website. These cookies do not store any personal information.
Non-necessary
Any cookies that may not be particularly necessary for the website to function and is used specifically to collect user personal data via analytics, ads, other embedded contents are termed as non-necessary cookies. It is mandatory to procure user consent prior to running these cookies on your website.
SAVE & ACCEPT
wpDiscuz